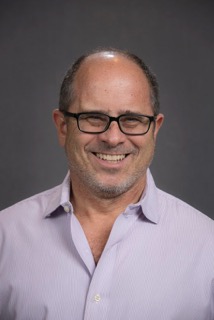 It happened just over a year ago.

A five-year tenant with whom I had a decent relationship emailed me, asking me to let her out of her lease at the end of the month, which was in 20 days.

I responded reasonably: “I’m sorry, but with less than a month’s notice, I can’t just let you out of your lease, especially on November 1st, the toughest time of the year to find new tenants. If you’re unhappy, let’s try to work something out.”

She responded with rage, raising complaints about alleged maintenance issues that I had known nothing about. Hours later, I received an email from her lawyer:

“The lease you furnished my tenant last March failed to disclose the 2019 interest rate for security deposits, in violation of the Resident Landlord and Tenant Ordinance (RLTO). Accordingly, you are in violation of the lease and you must allow my client out of her lease when it ends in twenty days.”

I explained all of this to my lawyer—a gentleman whom I have long known as “Bulldog.” I told him that she didn’t have a security deposit.

“Doesn’t matter,” Bulldog said. “Not only should you let her out of her lease, but you should negotiate terms with each of your other tenants so they release you from liability for failing to notify them of the rate on deposits. I suggest you pay each $25 in exchange for the release.”

“What?” I replied incredulously. “Are you kidding?”

“If you don’t,” he warned, “expect the lawyer to file a class action against you. No doubt.”

Then Bulldog shocked me with a candid admission: “I would do it if I were in his shoes. These class actions are easy money.”

Suffice to say, I let the tenant out of her lease. Not satisfied with her victory, she went on to allege that she slipped and fell on a puddle of water (resulting in her collecting on an insurance claim) and after she left, I discovered her apartment’s floor was terribly stained with dog urine and required re-sanding and stain – a $3400 expense.

All told, by the time I rented the apartment the following March, I had taken an $8000 – $10,000 hit and a frivolous claim on my otherwise flawless insurance loss history.

My New Year’s resolution last January was to use my pulpit as president of an association of housing provider groups to put my housing provider colleagues on notice about this foolish requirement. I also blogged about it in our RPBG winter newsletter.

Truth be told, countless Chicago housing providers every year are subjected to lawsuits and threats of lawsuits from tenant rights lawyers—many of whom rely on punitive and unfair measures contained within the RLTO to threaten and at times extort monetary claims from area landlords. Our industry has fought unsuccessfully for years to simply change one word in the RLTO from “shall” to “may.” The RLTO currently provides that judges “shall” invoke punitive damages whenever a violation of the ordinance is shown, even the most trivial, inconsequential and unintentional violations (such as failing to notify a tenant of the most recent statutory interest on security deposits even when you don’t collect security deposits ). We’ve asked for a change to the RLTO to provide that judges “may” use their discretion – based on the evidence – to determine damages. That one could at least make the RLTO manageable and prevent tenant advocate attorneys from engaging in extortionist tactics.

Housing providers have learned to adapt to Chicago’s RLTO, phasing out security deposits, and engaging in other defensive strategies, to prevent tenant lawyers from taking advantage of us.

Now comes a new version of the RLTO for Cook County – and it’s far worse than Chicago’s version.

Cook County Commissioners Kevin Morrison and Scott Britton recently introduced an RLTO ordinance that would apply to all portions of Cook County that do not already have a similar ordinance in place (this means that Oak Park and Evanston are spared).

In other words, all the challenges and headaches we now face in Chicago we will have to deal with in any properties we own in suburban Cook.
Only worse. Entitled the “Residential Tenant and Landlords’ Ordinance (RTLO)” (the name of the ordinance reverses the order of “tenant” and “landlord”), the county version adopts all the requirements of Chicago’s RLTO AND the following:

a) Limits late fees to $10/month (for only $10 a month, a tenant can withhold his rent until the last day of the month) and
b) Eliminates move-in fees. In other words, accept security deposits and risk being subjected to class actions for frivolous missteps, or simply trust that all tenants will opt to leave apartments fully cleaned with no damages and rent fully paid.

If adopted, this ordinance would be a boon for tenant rights lawyers. They could scour suburban Cook County for unsophisticated landlords, encourage their tenants to break their leases for no legitimate reason, and pursue lucrative class actions lawsuits. As in the City ordinance, judges would be given no discretion and if the lawyer can prove even an inconsequential violation, the extortion could begin.

Chicago housing providers beware – it would be only a matter of time before the more stringent terms of the County ordinance work their way into Chicago’s RLTO.

I’m not sure what motivated Commissioners Morrison and Britton to sponsor this ordinance now. Do they want to deter responsible housing providers from investing in the county? It’s not as though housing providers aren’t dealing with enough right now—eviction moratoriums, declining occupancy levels due to the economic slow-down, rising property taxes, and increasing insurance and water rates. Why impose strict new guidelines in the middle of a pandemic—legislation that benefits lawyers seeking to expand their client base, suing housing providers across the county and making, what Bulldog calls, “easy money?”

Last week my son (who is entering the business) and I embarked on a search for a new building to purchase. Scouring a listings sheet, my son said: “Dad, how about 32 units in Hillside?”

Contemplating this proposed new legislation and remembering the troubles I had in Chicago only a year earlier, I offered him a quick response.

“Son, I will never buy in Cook County again.”

Cook County Commissioners: Trust me. I am not alone.