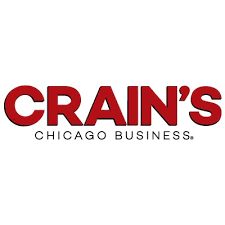 In its July 31st edition, Crain’s CHicago Business turns to NBOA regarding the impact of governmental legislation on economic development in Chicago. Our Clint Sabin argues that new costs and regulations will make developers think twice about investing in Chicago’s neighborhoods, at the time when Chicago should be welcoming the investment.
Some highlights from the article are below.
Click here to read full article (Crain’s subscription required)
Anti Gentrification Forces are WinningBy Dennis RodkinIn the past few months, efforts to slow rapid change in several of the city’s gentrification hot spots have all moved forward….…All of these measures are intended to instill fairness and stability in neighborhood housing, protection from rampant push-outs by costly new development. At the same time, they may have the combined effect of “telling our housing providers that their investment in our neighborhoods is unwelcome,” says Clint Sabin, public affairs consultant for the Neighborhood Building Owners Alliance…Neighborhoods like Humboldt Park and Woodlawn “had experienced disinvestment for decades,” Sabin says. “Now they’re finally experiencing economic development, but every new fee, every moratorium, threatens to stop it.”At a late-July NBOA board meeting, Sabin says, several members said they plan to stop buying city property. He declines to identify them, saying they worried about reprisals from aldermen in neighborhoods where they own buildings….…This at a time when Lightfoot is concertedly trying to shift the focus of investment toward South and West Side neighborhoods from downtown…Neighborhood revitalization pays off by increasing the taxable value of property, boosting the city’s property tax revenue.Yet these investors and other observers say she’s presiding over an anti-gentrification package that could threaten that agenda……Particularly in the economic downturn sparked by the pandemic, [Alderman] Sigcho-Lopez says, “we face people losing these properties and someone else coming in.”…